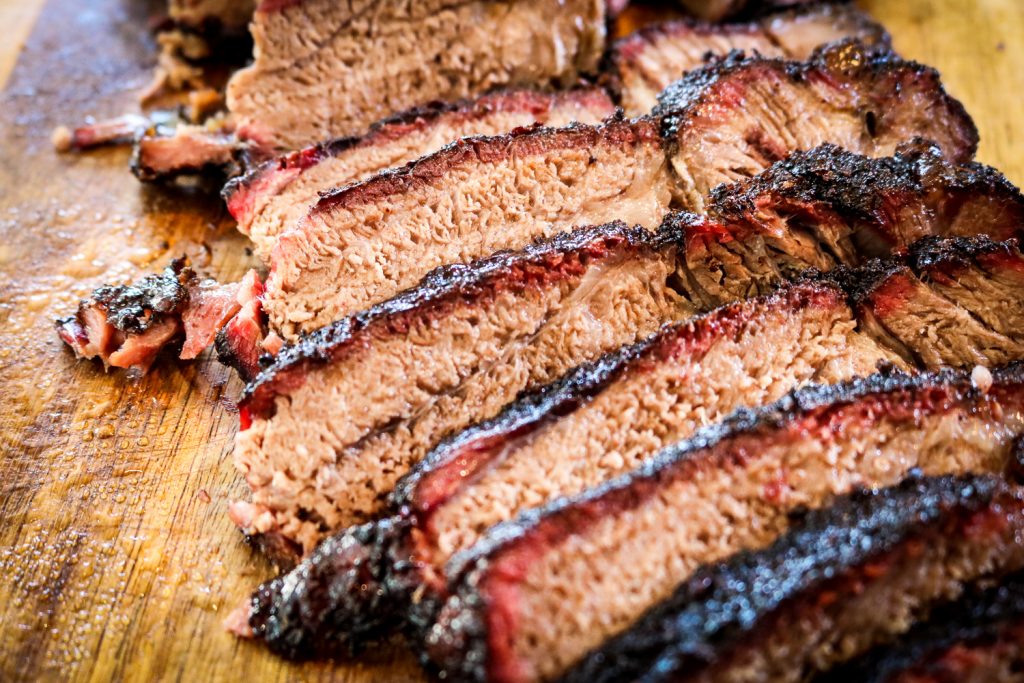 If you love a good smoked brisket, then you will love his smaller cousin, smoked chuck roast. I have heard of others smoking different cuts of beef as an alternative to brisket, including chuck roast, and I had to give this a try.  I love brisket, but it can be a large investment of time and money as well.  Usually you are going to pay at least $30 and more likely $50 for a good brisket.  I found this beautiful 2.5 lb chuck roast for $14.  Quite the steal, considering the highly marbled beef that will render down into tender delicious brisket like morsels.

Picking out a Chuck Roast to Smoke

When choosing your chuck roast, look for piece that is very thick and highly marbled with fat.  Most of the fat will disappear over the 10 hours it will take to smoke the chuck roast, so you want a good amount of fat in this cut of meat.  The key is finding awesome marbling, vs large veins or chunks of fat within the chuck roast.  Its OK to have some of the larger pieces of fat, as its hard to avoid… but look for the best cut with the best marbling.  The piece I found was 2.5 lbs, but try to get a thicker cut that is in the 3″ thick range….. giving you a starting weight of 3.5 lbs or more. 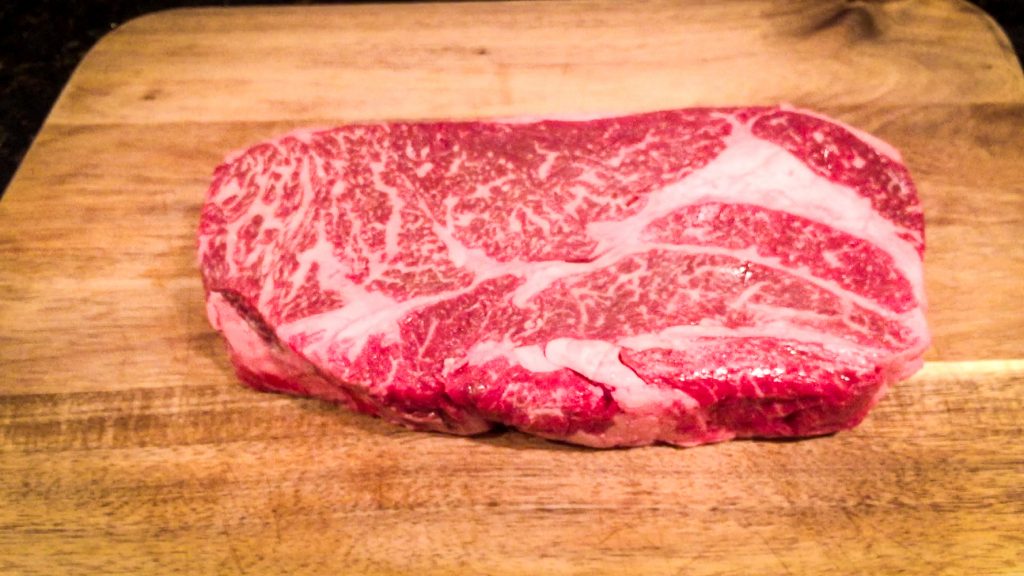 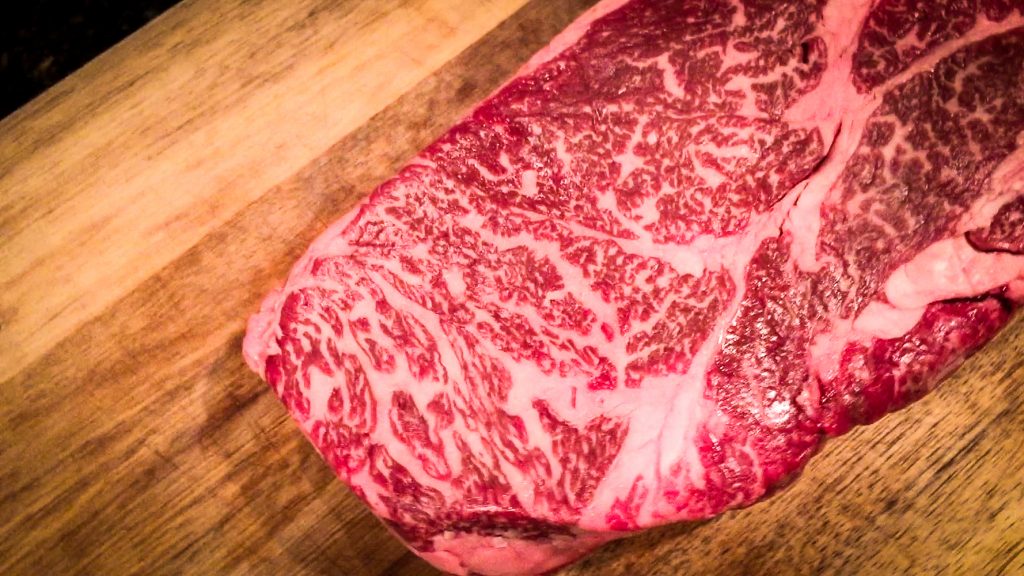 Preparing the Chuck Roast for Smoking

Because this is a smaller piece of meat, we are not going to cut any fat off of it.  This is subjective depending on your chuck roast, so make the call that you are most comfortable with.

Next, we are going to season the beef with a salty spicy rub that will soak into the chuck roast as we smoke it for 10 hours over indirect heat. This rub is on the spicier side, but it will mellow out over the duration of the cook.  The end result is nice back end heat with each bite.  If you do not care for any heat at all, then you can omit the jalapeno powder and cayenne pepper.  Either way, season the chuck roast heavily on the top and bottom and less heavily on the sides. 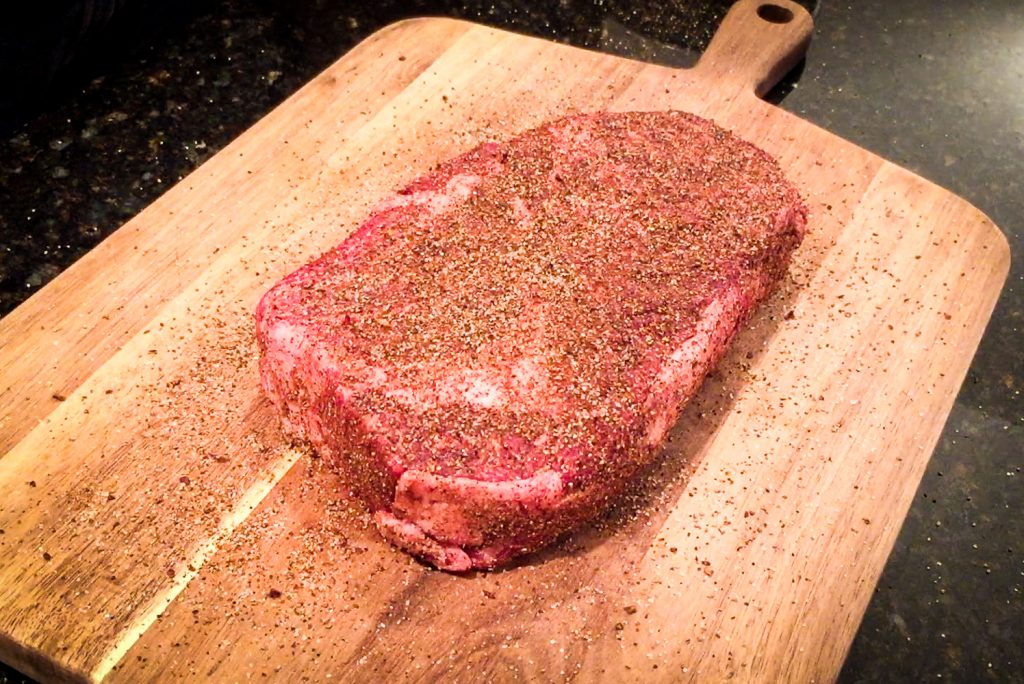 To smoke the chuck roast, we are going to use the same method I use to smoke a whole brisket, except step down the temperature to 225 F. For a smaller cut of meat, I think 225 F will keep the beef nice and juicy.  I am using a Large Big Green Egg for this cook, which is my favorite smoker for longer cooks that require more control.  It is also superior at keeping cuts of meat moist throughout the cook.  Whatever you are using, go ahead and get it setup for indirect cooking and 225 F.

Light your charcoal and bring your smoker up to 225 F.  If you have a drip pan in your smoker, pour a can of beer in it to start the cook.  Add one chunk of smoking wood.  For this cook I used Pecan Wood, which worked well.  My other favorites for beef are cherry and oak.  After you add your choice of wood, place your chuck roast on the smoker.

If you prefer watching a video… you can check out this same information on my YouTube Channel below….

Add one more chunk of wood after 1.5 hours, then let the smoker and the charcoal do the rest of the work.

When the bark is nice and developed (around the 6 hour mark), spray the chuck roast with a mixture of 50% water and 50% apple cider vinegar and then wrap the chuck roast in pink butcher paper.  I skipped this step during this cook, due to over sleeping, but I do recommend this step to keep the beef juicy and tender.

When it is done, you can wrap it loosely in foil around the butcher paper and let it rest for an hour if you want to eat it soon.  Or, you can also wrap it in foil with the butcher paper still on and place it in a cooler for 2-3 hours if you need to stall prior to eating. 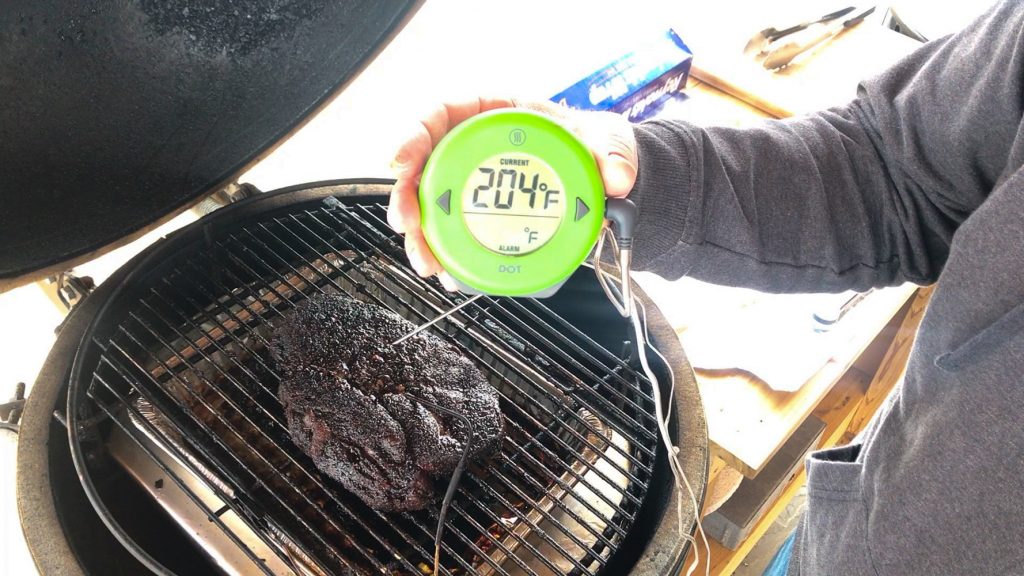 I typically just slice it up in 1/4 – 1/2″ slices, for nice thick cut sandwiches.  Depending on the cut of meat and your company for dinner, you might want to divide the chuck roast prior to slicing, to remove any large fatty sections.  I think the fat gives it flavor, so it does not bother me…. similar to a nice brisket!

You can also chop up the smoked chuck roast to make chopped beef sandwiches.  Generally you will get more sandwiches out of the beef if you go this route, versus sliced.  It you are worried about how much food you have for a group of friends, this is a good option. 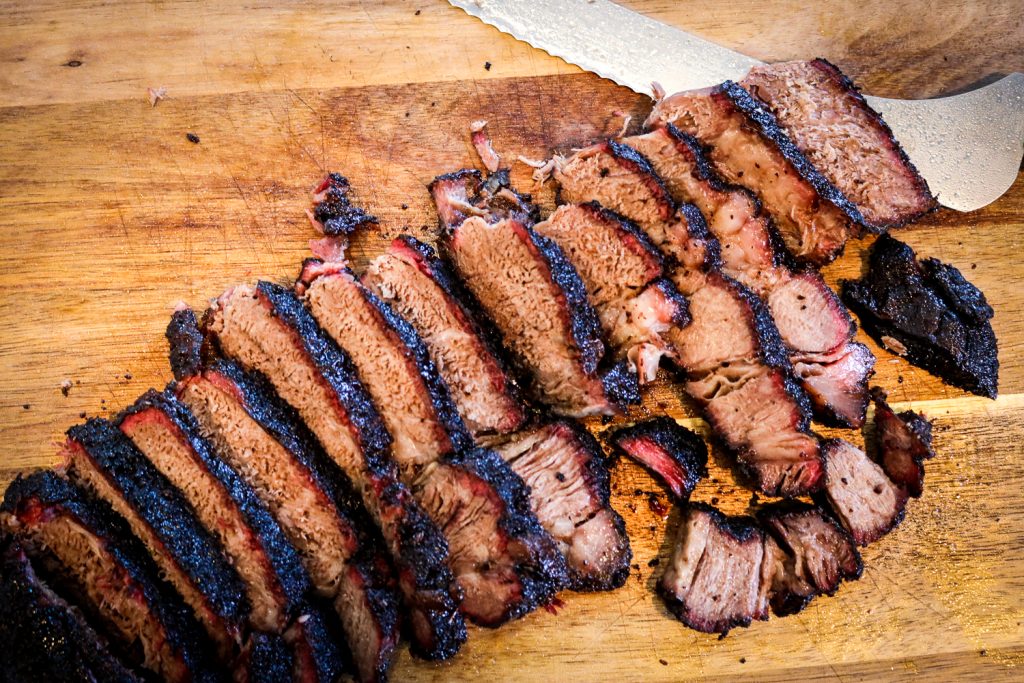 Related Articles to Check Out

This site uses Akismet to reduce spam. Learn how your comment data is processed.

Hi, I'm Keegan. Welcome to Seared and Smoked. I started this website to share my love for outdoor cooking. Read More about me here.... 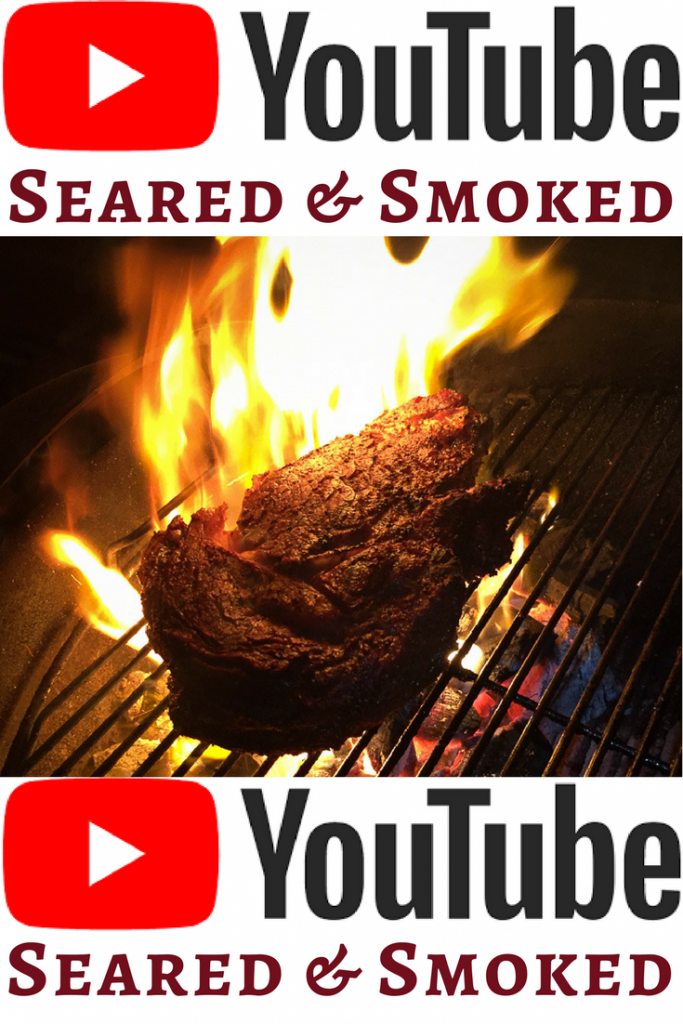 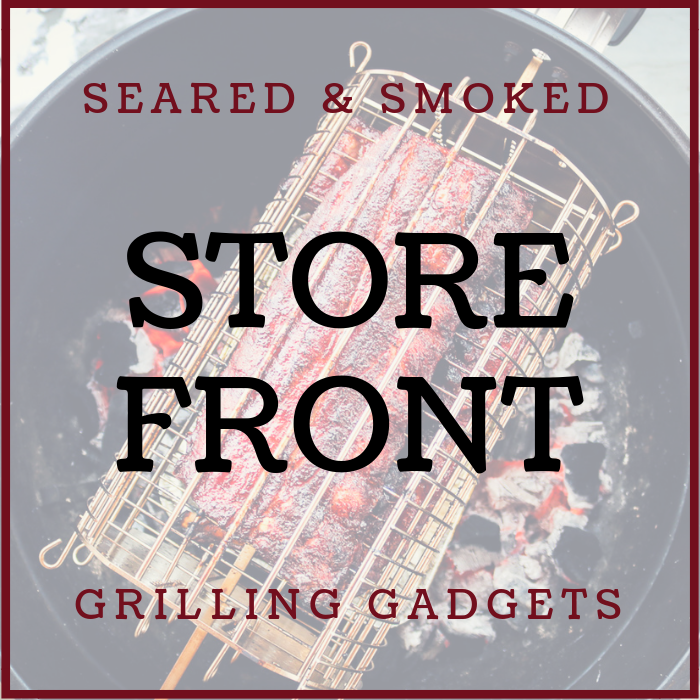 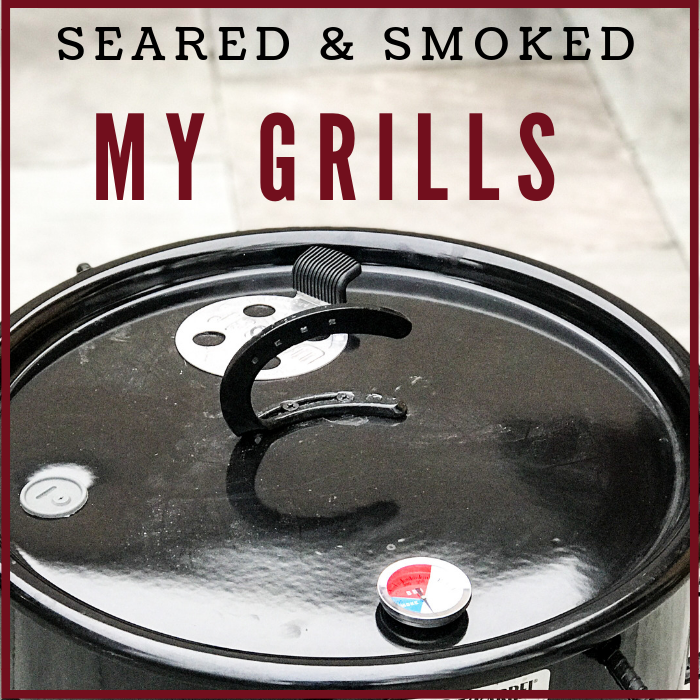 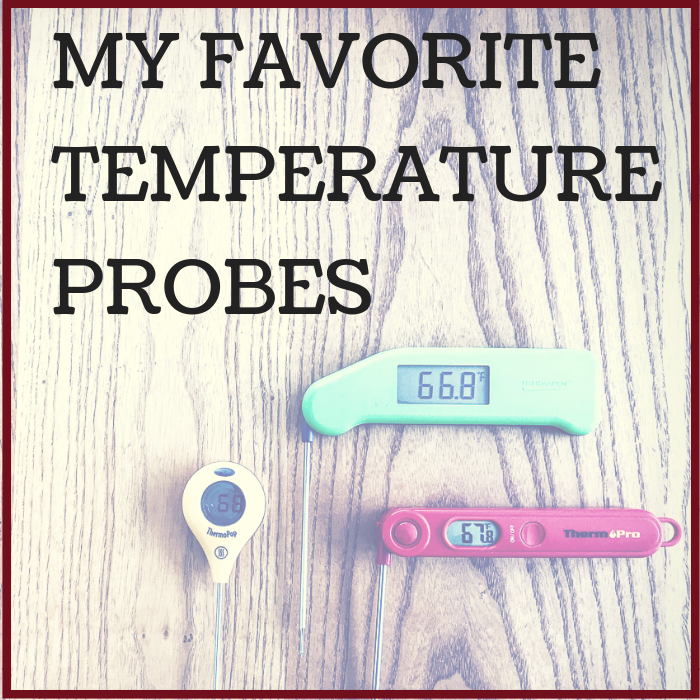 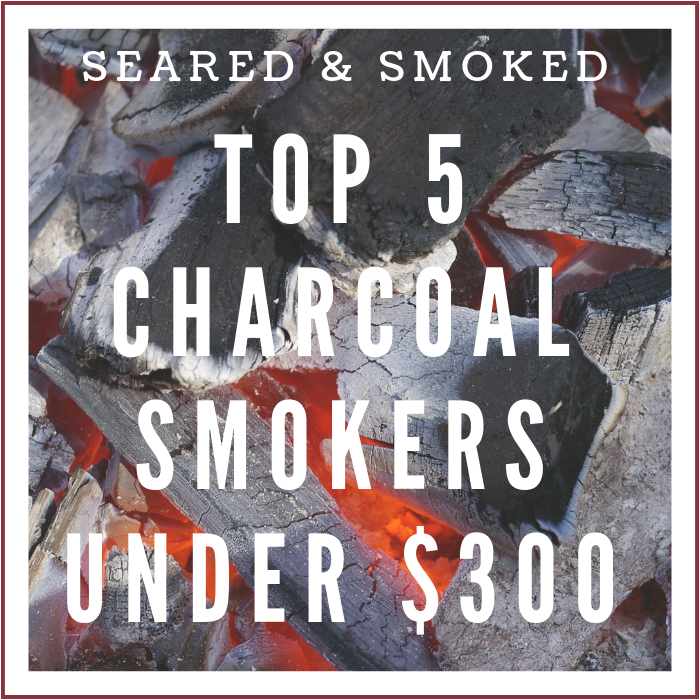 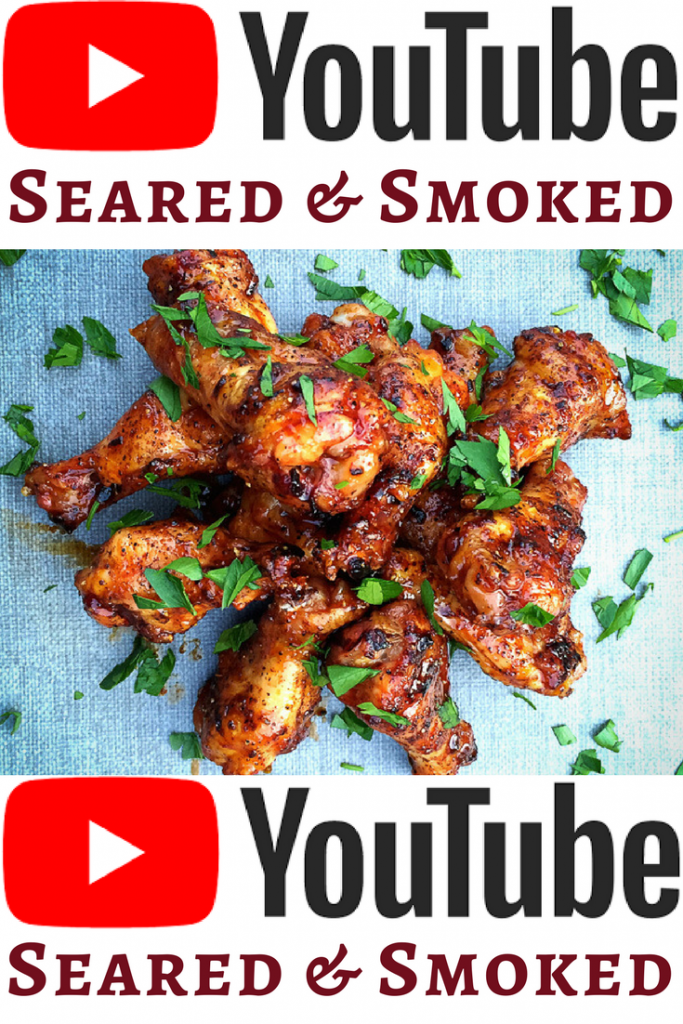